The word antique is derived from the Latin word Antiquus meaning old. The true definition of the term antique in Australia is an object that is over 100 years of age. The word antique can be used to describe any object whether it be, furniture, a decorative item or jewellery from a former period of time which is valued because of its beauty, rarity, condition and age.

Antiques usually have special values associated with them because of their age and their rarity. These pieces have survived the test of time. Antiques are usually artefacts leftover from bygone eras or ancient times. They are an insight into the past, a way to look at society’s ever-changing styles and technologies.

Antiques usually have higher financial values associated with them. Their values are based on what someone is prepared to pay for them and how collectable they are. What deems an item to be collectable and therefore worth money is the number of people that collect that item, how it was made, the material it was made from, its date, its condition and how scarce it is. 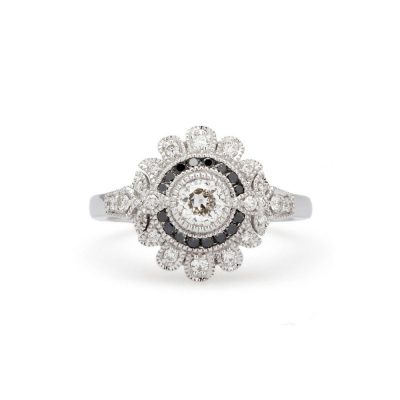 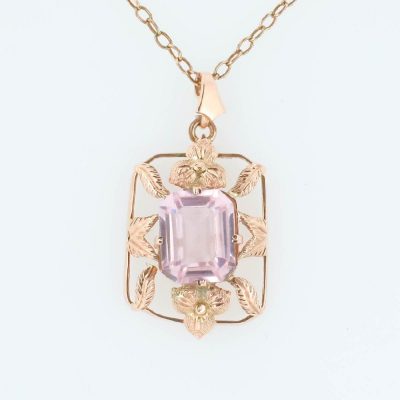 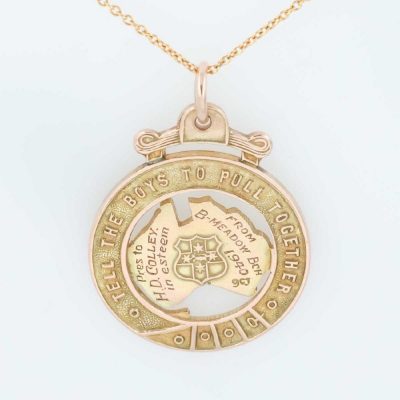 The antique market is a hard one to predict as there are many outside factors involved when it comes to determining their worth. These factors are fashion, economics, trends in the current market, attitudes, and opinions. Market responses to these factors result in the principle of supply and demand which is how a price is determined.

Nobody in the antique industry will be able to give a prediction with the certainty of how the market will rise and fall. That is why someone should never take up collecting for financial gains. People often have high hopes that an item they have purchased will double or triple in value in their lifetime.

This is very rarely the case, however, quality antiques generally as a rule have never dropped in value unless an over-inflated amount of money was paid for the item at the time of its purchase. The joy and pleasure in collecting antique jewellery should always take precedence over financial gains and value when buying antique jewellery. Antique jewellery needs to be cared for and preserved for the many generations to come.

Antiques are usually artefacts leftover from bygone eras or ancient times. They are an insight into the past, a way to look at society’s ever-changing styles and technologies.

Jewellery as an Antique

The primary purpose of jewellery was to accessorise an outfit and to make a woman or a man appear more attractive and to draw attention to oneself. The display of a person’s wealth and status in society could be represented by how they dressed and by how they accessorised. Perfect examples of this include men’s cufflinks and women’s necklaces.

The Victorian period is one of the most significant periods of history, especially when focusing on antique jewellery. It was the period that also coincided with the height of the industrial revolution, which made goods, especially jewellery, much more accessible to the masses rather than restricted to the upper classes of society.

This also saw a rise in the disposable income of the middle and working-class due to wage increases. This extra income allowed for expenditure on items such as rings and earrings. 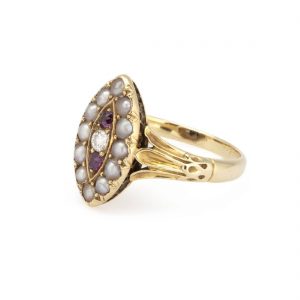 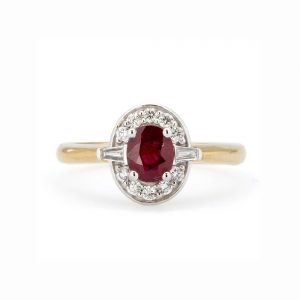 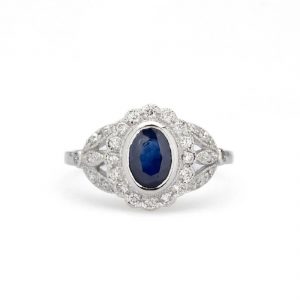 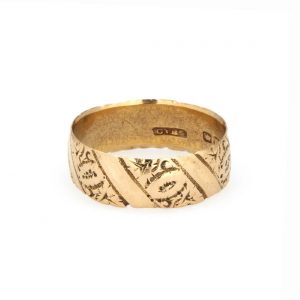 The main periods of time that you will come across with antique jewellery are Georgian, Victorian and Edwardian. Each period of antique and vintage jewellery will have its own unique definite style from Art Deco, Retro, Art Nouveau, Arts and Craft through to the Modernist movement.

One of the great advantages of antique and vintage jewellery is that it generally appreciates in value and most pieces have an interesting history or story behind them.

People often ask, “How can I date a piece when it isn’t hallmarked or stamped with a year of manufacture?” This is done through acquired knowledge, with years of experience.

Being an antique dealer means having a very strong knowledge of history and design of certain items over the last few hundred years. With certain periods of time, come styles and designs and by looking at these designs an item’s age can be ascertained.

Each era and period had a very structured design, for example, you would never get Victorian jewellery confused with Retro jewellery as their designs and structures are completely different so are the materials used. We can also look at the types of stones used in the jewellery piece and the way they have been cut.

Each era also brings an insight into what major events occurred within that time. These influences impacted on the fashion of that period. 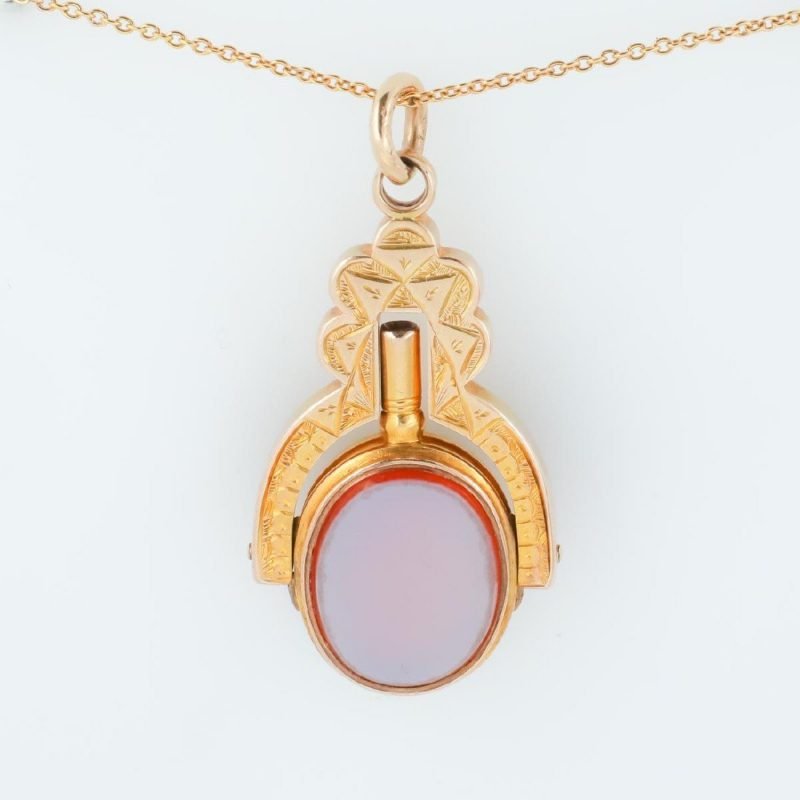 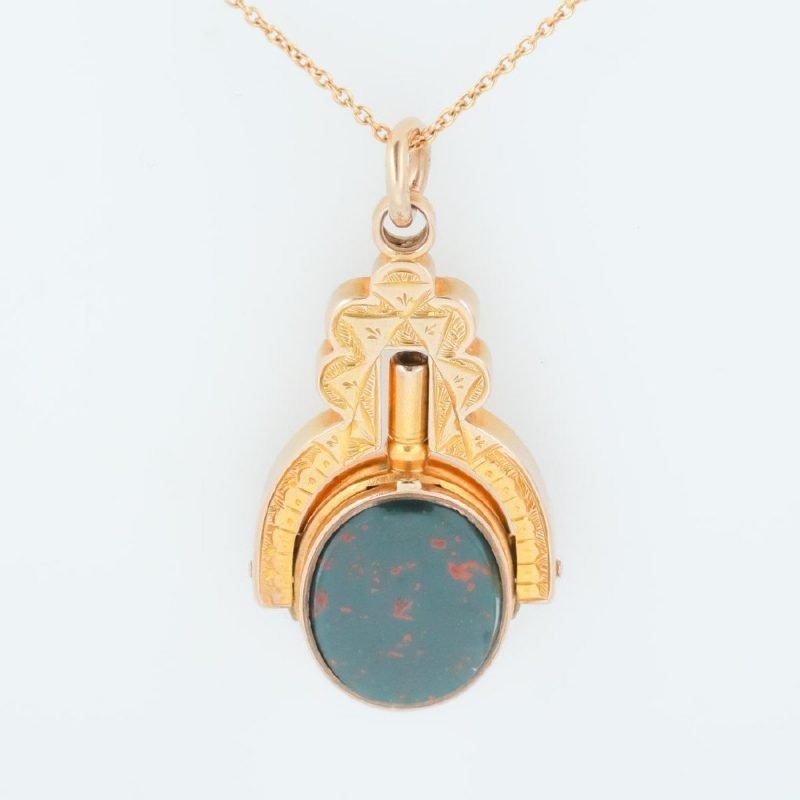 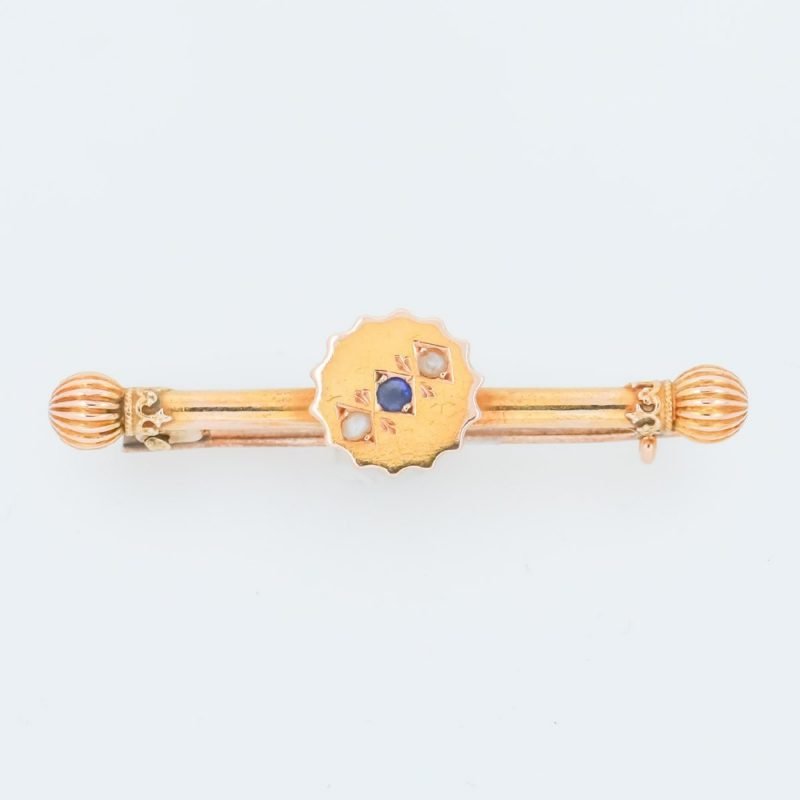 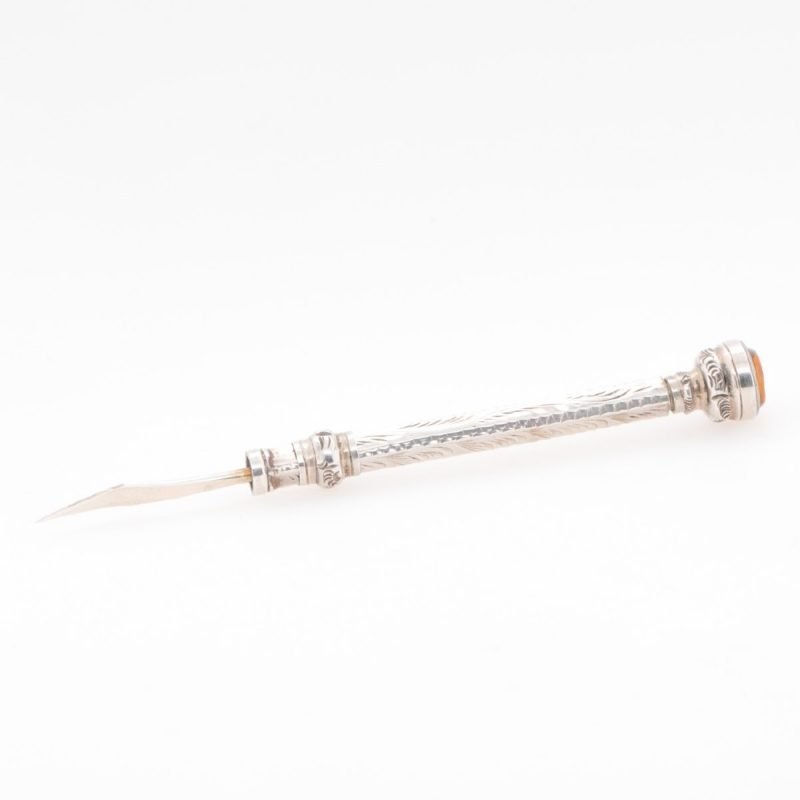 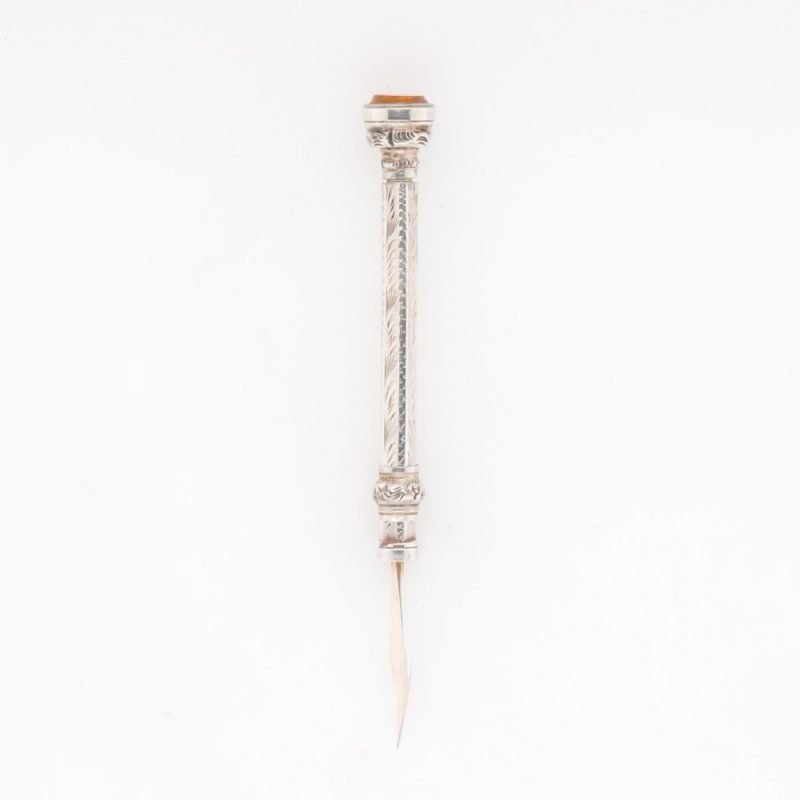 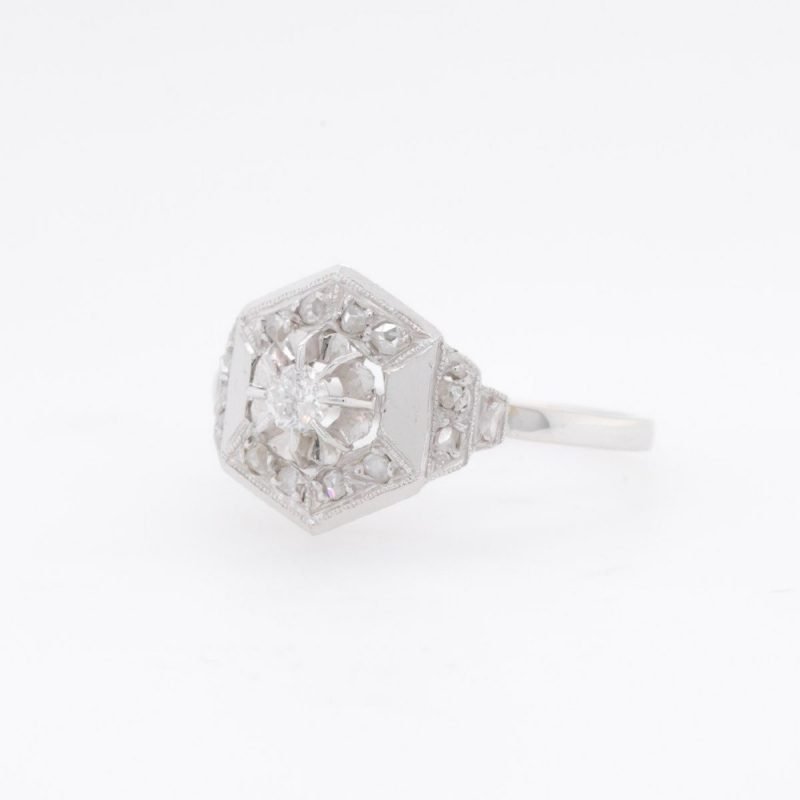 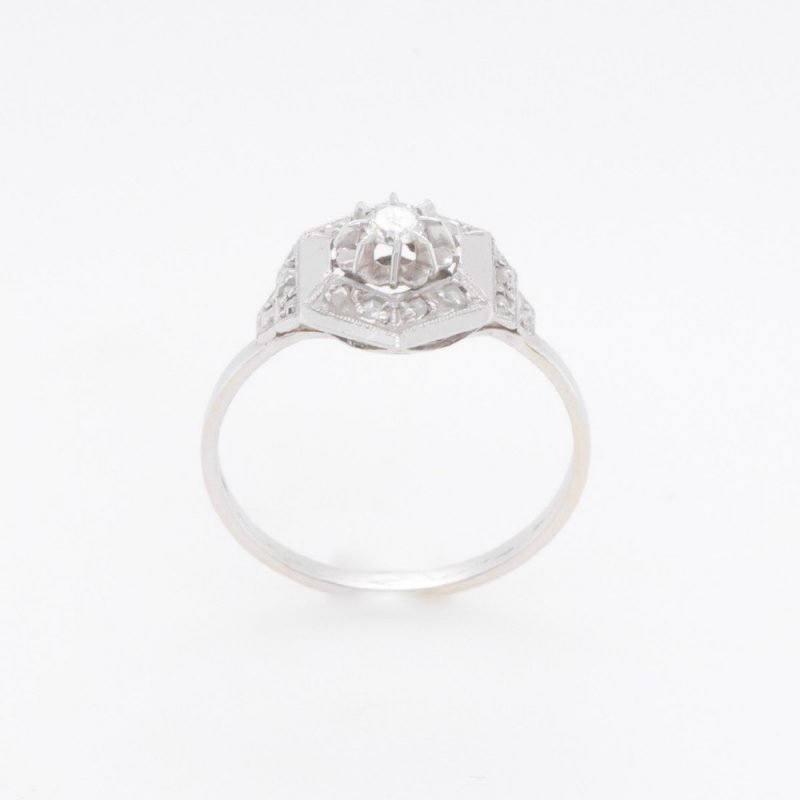 Different markets around the world will have different prices associated with certain goods. The antique market in Australia is different to other markets such as the American or English market. The market is what sets the true value for something. Antiques like any piece usually have different degrees of craftsmanship and quality. However, unlike today’s pieces, antiques were usually made to last a person’s lifetime and were to be passed on to future generations.

The Georgian period saw the reign of the four Kings of England who were all named George: George I, George II, George III and George IV.

Specific to this period was pinchbeck, a gold substitute invented as a cheaper hardier gold alternative. The fashions of the Georgian era were endless. Georgian society adhered to a strict code of fashion. Suitable attire for the time of day was required; there was undress (at home attire), half dress (late afternoon) and evening dress (full dress).

A lady, in Georgian society, would have in her jewellery collection, suitable day and night-time jewellery. For the daytime jewellery, a brooch, maybe a cameo, and dainty feminine rings were worn, sometimes one on each finger, a necklace made of agate, coral, turquoise, pearls, ivory, different coloured pastes, carnelian and amber were suitable, or a gold chain.

Bangles and bracelets were worn in pairs, or as multiples. Earrings usually consisted of a small single drop that could be converted to a larger torpedo style pair by adding a separate drop instantly turning them into a very versatile accessory for either day or nightwear.

In the evening diamond jewellery for those who could afford it. Diamond rings were set in flat, closed-in backed settings that had gold bands, silver claws and bezel set-tops. If diamonds were too costly a diamond alternative had to be found so, paste (glass) jewellery was used. This proved to be immensely popular with middle to lower classes as it was inexpensive and looked very enticing.

This era was named after the reigning monarch Queen Victoria. She became Queen at the tender age of 18 and went on to become the longest-serving monarch – ruling for 63 years. She also saw England through many periods of change.

This was an age of elaborate and ornate, unrestrained design. In this period large drop earrings were fashionable along with seed pearls and multi-tiered necklaces. Highly ornate jewellery was the fashion of the day.

In this era, the revival period of Etruscan style was seen. This was inspired by ancient Roman archaeological digs. The Victorian era is often divided into three periods: The Romantic Period 1837-1860, The Grand Period 1860-1888 and The End of An Era 1888-1901.

During the Victorian time, the second revival of the mourning jewellery took place. This lasted from 1870-1890s. Then finally towards the end of the Victorian era, we saw the popularity of the Art Nouveau style. This style became fashionable between 1890-1910. It was a very organic artistic style with a natural feel.

Late Victorian jewellery felt the impact of the Industrial Revolution which made jewellery more affordable to the masses. This period witnessed many influences, from the epic romance of Victoria and Albert to great tragedies and unprecedented prosperity.

The turn of the century saw a King take control of England. In this time jewellery from the Edwardian period went through a phase of reform. Styles tended to be simpler and relatively ornate compared to Victorian times. We see far more classical lines and simple design.

This era was very modern in its simplicity, but the designs always had an air of lightness and delicacy to them. It was a very feminine, pretty era.

Rings were immensely popular, and women wore several on each hand. These rings were very fragile and light and were not intended for hard-working women but for the leisured classes.

A great number of floral designs were seen in this period, so too were birds, flower baskets, hearts, bows and ribbons.

Platinum was the metal of choice and it was fashioned into very delicate lace-like creations that were set with a dazzling array of sparkling diamonds. Often also favoured in this period were Australian black opals. 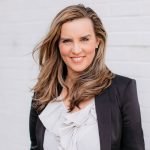 With close to 30-years experience in the industry, CINOA, AAADA and NCJV noted expert, Liz Stevens is a consummate professional. Lecturing and writing papers on Gemology and Antique pieces internationally, as well as hosting a 7-year running Antiques Radio Show on 2UE.

Sign up with your email address to receive news, updates and special offers from the Chilton's Antique team.